The idea for the Sebastians came long before any of us had touched a baroque instrument.

It started at a chamber music reading party. Daniel Lee founded the group out of a desire to play mixed chamber music at a high musical level, with friends. That’s how we got our ensemble’s name from Johann Sebastian Bach—the informal middle name he might’ve been called by friends.

On Memorial Day weekend, the Sebastian Chamber Players gave our first concert, at Good Shepherd-Faith Presbyterian Church on the Upper West Side. That same year we also incorporated as a 501(c)3 and performed in a 9/11 Memorial Fundraiser Concert, officially recognized by the Red Cross.

Ezra and Daniel happened to take the same Yale Collegium Musicum course — their first experience with medieval instruments, and an experience that turned them toward historical instruments in general.

Our focus had been shifting towards historical performance on original instruments, and in May 2009 the Sebastians gave our first concert on baroque instruments. From then on, the group was an early music group!

The Sebastians began a yearly concert series at All Angels’ Church on the Upper West Side.

We were one of the first groups to open Avaloch Farm Music Institute, a beautiful music residency in rural New Hampshire. Also this year, Jeffrey and Daniel become Co-Artistic Directors, sharing in programming and administrative duties. 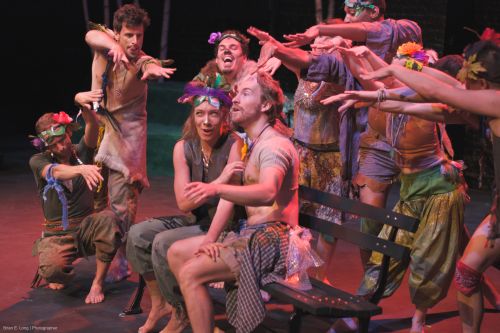 Our first commissioning project culminated in our debut CD, Night Scenes from the Ospedale, pairing sparkling Vivaldi violin concerti with newly-composed interludes by Robert Honstein. Also this year, Jeffrey became Artistic Director, with Daniel continuing as Founding Director. Nicholas DiEugenio, who had played with the group for several years, joined the core quartet, and Karl Hinze joined the Sebastians as Managing Director. 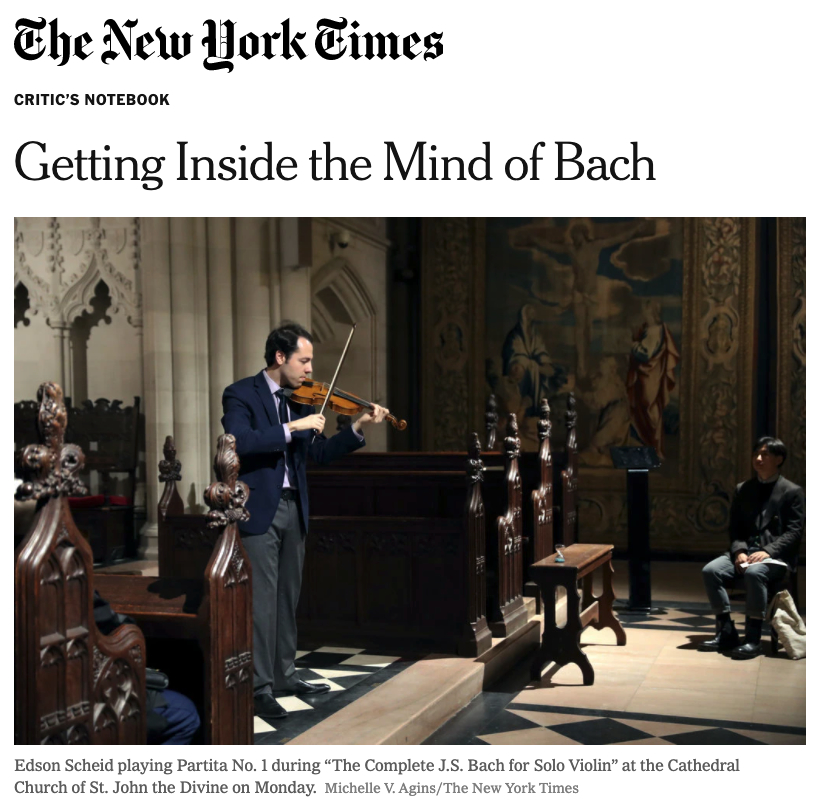 Our series this year focused around our namesake, J.S. Bach, and included the Brandenburg Concerti, the Musical Offering, and his complete works for violin and harpsichord.

One highlight was The Complete J.S. Bach for Solo Violin, an immersive installation performance at the Cathedral of St. John the Divine. Six violinists performed Bach’s Sonatas and Partitas for Solo Violin simultaneously in the far reaches and nooks of the Cathedral as audience members wandered and explored.

This was also the first year we headquartered our annual subscription series at Good Shepherd-Faith Presbyterian Church.

The Sebastians debuted a free donor-supported Virtual Season, including the release of 30+ videos and three newly-recorded virtual concerts.

The Sebastians unveiled a redesigned logo and branding in preparation for our ninth-annual concert series. Plans include new collaborations, new interdisciplinary concepts, old music with old friends, and the Sebastians story continues…